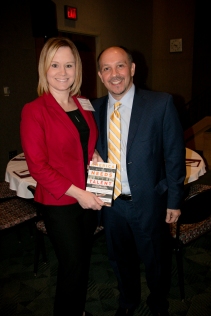 The 77th annual CLCU, hosted by the University of Holy Cross, was held on March 3, 2016 at Pennington Biomedical Research Center in Baton Rouge. The theme of the conference was “Higher Education as the Future.” The conference was well attended with over 85 participants representing faculty, staff and campus administrators from public and private post-secondary institutions throughout Louisiana.

CLCU began with opening remarks from Dr. David Landry (2016 CLCU President and President of University of Holy Cross), and Dr. Jim Robinson (President of the Association of Louisiana Faculty Senates).

The keynote address was given by Mr. Jamie Merisotis. Mr. Merisotis is the CEO of Lumina Foundation, one of the largest private foundations in the U.S. and a driving force for increasing Americans’ success in higher education. Under his leadership, Lumina has embraced an ambitious goal: to ensure that, by 2025, 60 percent of Americans hold high-quality degrees, certificates and other credentials. Mr. Merisotis is the author of “America Needs Talent,” published in September 2015 and is frequently sought after as a media commentator and contributor. His writing has appeared in The Wall Street Journal, The Atlantic, The Washington Post, National Journal, Washington Monthly, Huffington Post, Politico, and other publications. 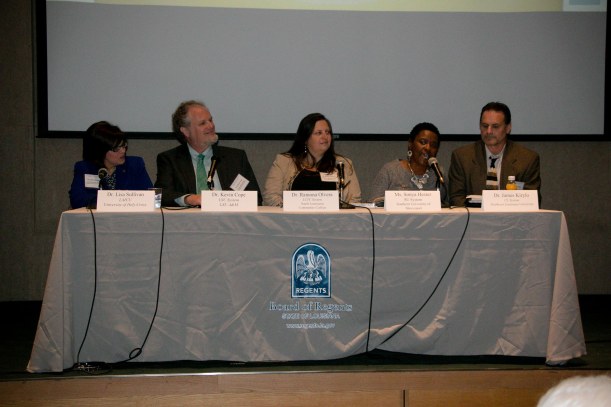 Following lunch, Dr. Joseph Rallo, Louisiana’s Commissioner of Higher Education, addressed the group. Dr. Rallo underscored the devastating impact potential budget reductions would have on higher education. The Commissioner described how that impact would significantly affect our ability to prepare employees for the high demand, high wage jobs now available in Louisiana and those we expect to see in the coming months and years. Dr. Rallo affirmed the BoR’s commitment to working with the Governor and other members of the Legislature to achieve a stable and sustainable source of funding for public higher education now and into the future.

CLCU continued with the awarding of the 2016 CLCU Trailblazer Award. The Trailblazer Award honors a Louisiana leader who has made significant and lasting contributions to the progress of higher education in the state.  This year’s recipient was Dr.Norman C. Francis, former President of Xavier University, from 1968-2015. CLCU President, Dr. David Landry, presented the award to Dr. Francis commemorating his dedication and the profound impact he had on Xavier, the state and the nation. As the country’s longest serving university president, Dr. Francis guided Xavier toward remarkable growth, achievement and excellence.

The final item on the conference agenda was the 2016 CLCU Business Meeting and election of new officers. Following his term as president-elect, Dr. Jim Henderson, President of Northwestern State University, succeeded to the office of CLCU President for 2016-17. Dr. David Landry, President of the University of Holy Cross College will assume the role of Past-President.

Other members elected to the 2016-17 Executive Committee were:

Special thanks to the staff at Pennington Biomedical Research Center, and to 2015-16 CLCU President, Dr. David Landry.